Ever since humans first encountered cannabis and discovered its many benefits, we have been taking it and its seeds with us as we travel to and settle in new lands. For thousands of years, people have spread cannabis throughout the globe – and only in the last hundred years or so has this become an illegal practice.


Despite the risks of prohibition, the global traffic in cannabis and cannabis seeds has never been in any danger of dying out. Throughout the years, untold numbers of dedicated individuals and organizations have risked their freedom and even their lives to smuggle cannabis – often for profit, but also often for nothing more than the desire to share the prized herb among those that appreciate it.

Tales of the old-school smugglers of the 1960s and ‘70s are legendary in modern-day stoner culture, and one can read all day of their exploits and the huge profits they raked in. But the focus of this piece is a little different. Here, we wish to highlight the fundamentally important – and often overlooked – role of the seed smugglers in developing the cannabis industry that we know today.

The Origins of Cannabis Seed Selection

Humanity’s first encounters with cannabis are lost in the murk of prehistory, but it is generally thought that we had begun to utilise the plant well before the end of the Paleolithic era, around 10,000 years ago. Cannabis is believed to be indigenous to Central Asia, and it is thought that the semi-nomadic tribes that first discovered its uses quickly began to cultivate it.

In the seminal work Cannabis: Evolution and Ethnobotany (Clarke & Merlin, 2013), it is suggested that cannabis was one of the first plants to be intentionally cultivated by humans, and that it played a fundamental role in the development of settled agriculture itself.

Once cultivation of a plant begins, selection processes to ensure good-quality harvests are bound to soon follow. The bigger, more fragrant plants, those that produce better fibre or oil, or those that are found to impart a heady, intoxicating effect – for dozens of different reasons, cannabis farmers have been improving their genetic stock for millennia, ever since farming began.

Thus, seeds are precious to humanity, and have been so for thousands upon thousands of years. So when humans migrate to new lands and resettle – as we have been prone to do throughout our history – we tend to take our seeds with us.

Not just cannabis, of course – we have spent generations developing all manner of fruit and vegetable cultivars, and they are a vitally important part of our legacy as humans. To preserve this birthright, as our communities are repeatedly uprooted and resettled, preservation of seeds is key. They are small, easy to transport and store, and can make the difference between a community surviving or failing entirely.

In the case of cannabis, it also helps that it is a massively adaptable plant, which has taken root and evolved into new populations in almost every territory it has reached. Its own phenotypic plasticity, coupled with our eagerness to offer an evolutionary helping hand, has given us the vast diversity of genetics that we enjoy today.

Thus, from Central Asia, cannabis has spread in all directions over the last ten thousand years – into South and Southeast Asia where it diversified into huge, tropical shrub strains; northwards towards the poles, losing stature and cannabinoid content with every degree further away from the temperate zones; and west into Europe, Africa, and ultimately the Americas, adapting into a multitude of different biotypes for a hundred different uses.

Where Did Cannabis End Up, and How?

This excellent graphic from Barney Warf at the University of Kansas (author of High Point: An Historical Geography of Cannabis) illustrates the spread of cannabis from its putative homeland in Central Asia. 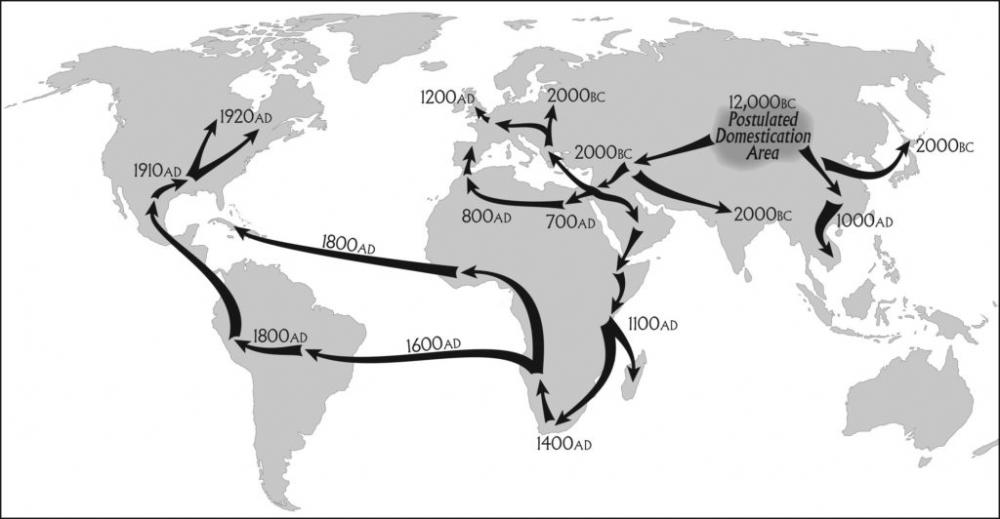 By 2000 BCE, cannabis had reached Southern India, Eastern China, Japan, the Near East, and parts of Eastern and Northern Europe. By 800 CE, it had traversed North Africa and begun to spread into Southern Europe; by 1200 CE, it had reached the UK. From the 12th century onwards, Arab traders brought cannabis to East Africa, where it spread around the Cape and up into West Africa by the 15th century.

Between the 17th and 19th centuries, it is thought that many Africans uprooted from their homelands as part of the Transatlantic slave trade took cannabis seeds with them to the Caribbean and South America. By the early 20th century, cannabis had reached the USA – just in time to be greeted by rapidly-growing hostility and the rise of the prohibitionist movement.

Prohibition and the Global Trade in Cannabis Seeds

At the turn of the 20th century, attitudes towards cannabis among state authorities across the globe had become extremely negative, and over the following decades, numerous countries adopted anti-cannabis legislation. The U.S. effectively banned cannabis in 1937 with the passing of the Marihuana Tax Act, which made taxes on cannabis crops cripplingly high for the producer.

By 1961, cannabis had become illegal under international law, with the passing of the UN Single Convention on Narcotic Drugs. The trade in cannabis seeds was not banned under the Single Convention, but many countries have prohibited or restricted it nonetheless – for example the U.S., which forbids the import of any non-sterilised hemp or cannabis seed unless specifically licensed by the DEA.

However, none of this stopped the rising interest in cannabis, and it certainly did not stop the international traffic in cannabis seeds that developed as growers and breeders grew ever-hungrier for new strains.

Indeed, the development of the modern cannabis industries in the U.S., the Netherlands, Spain, and any country to which high-cannabinoid cannabis is not indigenous, depended to a massive extent on the (often illegal) transport of seeds from regions where it grew naturally.

These industries largely had their origins in the 1960s and ‘70s, and the seeds that they sprang from arrived along the infamous Hippie Trail – an unbroken, prohibition-era Silk Road that stretched all the way from Southeast Asia to Western Europe, with stops in India, Nepal, Afghanistan and Turkey.

The Brotherhood of Eternal Love and the Hippie Trail

Arguably the most infamous of all drug-smuggling outfits during the heyday of the Hippie Trail, the Brotherhood of Eternal Love was an organisation of Californian smugglers active in the ‘60s and ‘70s – and who became so notorious that they earned the nickname “the Hippie Mafia”. 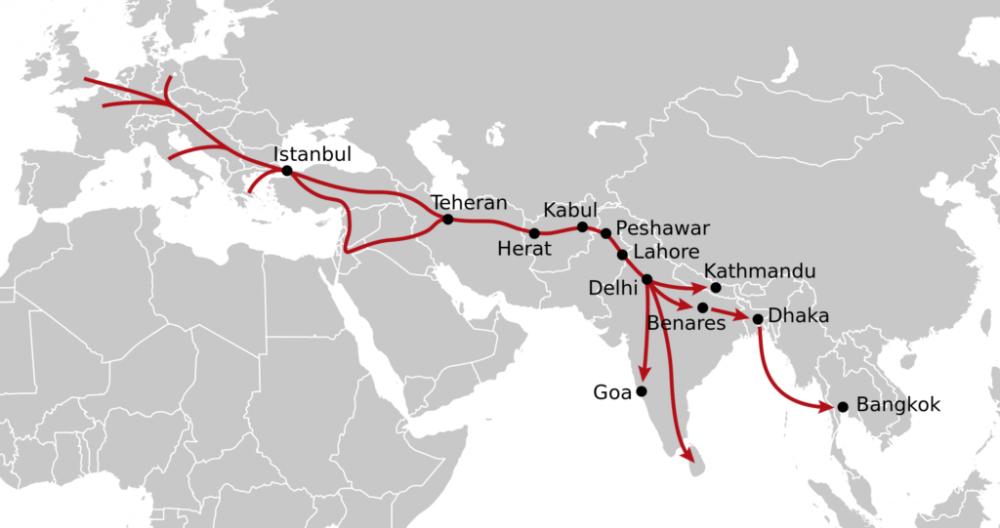 While the Brotherhood was primarily known for bringing in vast quantities of Asian hashish to the U.S., as well as manufacturing equally prodigious quantities of LSD, they also played an instrumental role in bringing in Nepali, Indian, Afghani and Mexican seeds, which then became the basis for breeding operations by dozens of underground growing communities.

By around 1976, breeders from Fallbrook, CA had begun to produce the first-ever sinsemilla (seedless) cannabis, using seeds from the Brotherhood, as well as from a nameless consortium of Thai Stick importers based in San Diego.

Cannabis Seed Smugglers Across the World

There have been countless individuals and groups that have smuggled cannabis seeds since the legal trade became prohibited throughout so much the world, and it is partly through their collective efforts that the cannabis trade has become so established in so many countries.

It is even said that the U.S. President Thomas Jefferson “hired Turkish smugglers” to bring him hemp seeds from China, which at the time were apparently considered the best in the world. There is some evidence that he personally smuggled rice grains from Piedmont, Italy (a city that prohibited the export of cultivable grains at the time), and plenty of evidence that he cultivated hemp, but there is apparently no definitive evidence that the oft-repeated hemp-smuggling legend actually took place.

In the Netherlands, Spain, the USA, the Czech Republic, and ever-increasing numbers of other countries, there are seed banks who owe their entire existence to the efforts of individuals who risked their freedom to transport seeds across borders, often from countries with exceedingly harsh domestic laws.

In Albania, it is thought that the modern-day industry (which, centred in the village of Lazarat, was until recently the largest in Europe) owed its existence to the introduction in 1991 of smuggled seeds from Greece. Until effectively destroyed by army and police actions in 2015, the cannabis industry in Lazarat provided stable income to thousands of families for many years.

Although the general global trend towards cannabis legislation is one of increasing liberalisation, many countries continue to maintain restrictive laws, which in some cases also extend to the trade in cannabis seeds.

In May 2015, an appeals court in Dubai jailed a 55-year-old Iranian businessman found attempting to import 13 kg of cannabis seeds into the United Arab Emirates the previous year; he was sentenced to ten years’ imprisonment and a fine of 50,000 UAE Dirhams (approx €12,000). In August 2015, Dubai authorities arrested five men in connection with a seizure of over 148 kg of cannabis seeds. Their case is still ongoing.

Even Israel, whose medical cannabis industry is widely lauded, has strict laws on cannabis seeds. In 2012, a 32-year-old man was reportedly arrested after police seized a package of seeds ordered online from the UK. Although he was also found to have cannabis and cannabis plants in his possession, it is notable that police arrived with an arrest warrant on the basis of the seed seizures. 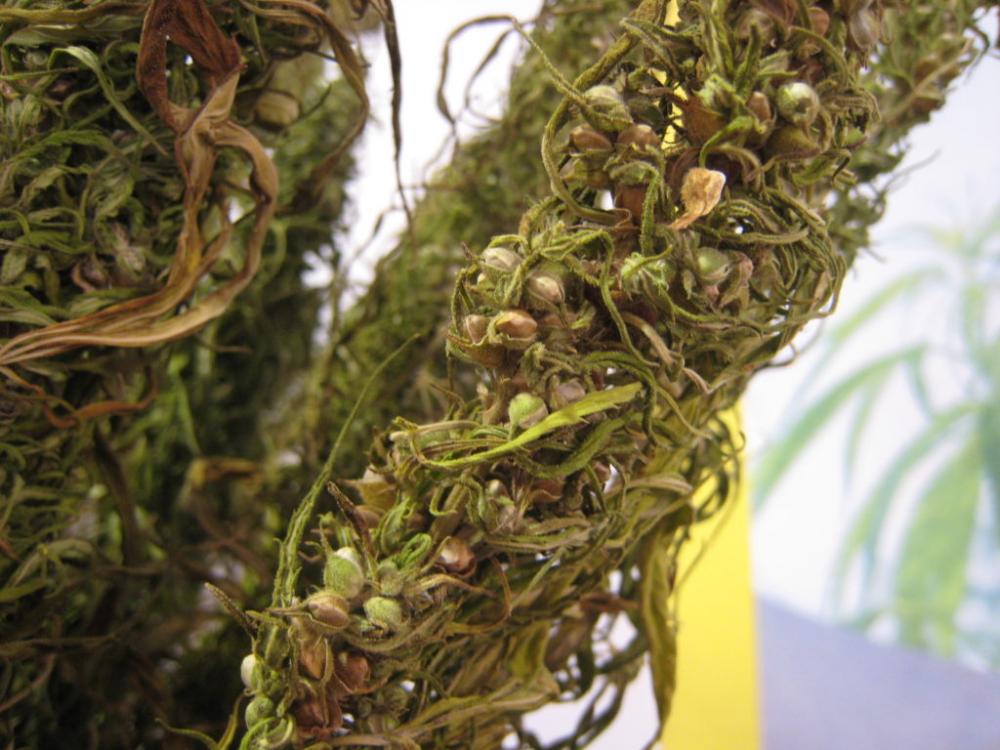 Of course, one of the most infamous and oft-arrested cannabis seed distributors is Canadian Marc Emery, who has endured multiple prison sentences for selling seeds online since 1995, the most recent of which was a five-year sentence imposed by the Seattle federal court after a joint US-Canadian operation ultimately saw him extradited to the US. However, Emery has always upheld that he conducted business solely on Canadian soil, so to describe him as a “smuggler” may not be quite accurate.

Although Sensi Seeds will not ship to nations whose laws prohibit it, and does not advise attempting to smuggle illegal materials of any kind, it recognises the efforts of those individuals and groups who have done so over the years – often at great risk, for little or no profit, or both – and who, in doing so, have helped make the industry what it is today.