Physicians Recommend Cannabis As An Effective Treatment of Chronic Pain

Chronic pain can have a wide range of causes and can be associated with a number of different disease processes, thus the ability to diagnose chronic pain syndromes has been a widely debated topic within the medical community for many years.


What Is Chronic Pain?

Pain is a complex phenomenon made up of physical, mental and social components. At a basic level, the ability to perceive pain has helped people survive throughout the ages. Without feeling the uncomfortable sensation when you touch a stove, which causes you to remove your hand, the heat from the stove would end up causing far more damage to the cells in your hand, than it did before you felt the pain.In essence, pain is the body’s way of letting you know something is wrong. However, it is when pain fails to subside, despite removing the initial cause, that it become pathologic, and known as chronic pain.

“The origins of chronic pain can be categorized into visceral (internal organs), somatic (skin and deep tissue), and neurogenic (nerves).”

Earlier this year, the American Pain Society, released a framework which attempts to account for all of the various factors that encompass chronic pain syndromes: physical, pathological, neurobiological, psychological, and social. Broadly speaking, however, the origins of chronic pain can be categorized into visceral (internal organs), somatic (skin and deep tissue), and neurogenic (nerves).

The Institute of Medicine reports that common chronic pain affects approximately 100 million Americans adults at a cost of $560-635 billion in direct medical treatment cost and lost productivity. However, while the impact of chronic pain is wide reaching across the population, its effect on the individual person is unique; there is variation in the source(s), severity, duration, response to treatment and psychological impact from person to person.

Given the variety in the spectrum of chronic pain, it is no wonder why clinicians at times find difficulty in helping patients manage their chronic pain. This difficulty in management has contributed in part to the wide range of therapies which are used to treat chronic pain, such as aspirin, ibuprofen and other drugs which are classified broadly as non-steroidal anti-inflammatory drugs (NSAIDs) and can be purchased over over the counter.

These medications may work well for short term relief of mild to moderate pain, but they can create side effects such as ulcers and potentially damage the liver when used continuously, such as in a chronic pain scenario. It is for these reasons that most clinicians avoid relying on this type of medication for long term pain relief.

A more powerful alternative to NSAIDs are the opiates, such as morphine, oxycodone, codeine, and hydromorphone. The drugs have been well described in the scientific literature, and work by affecting the body’s natural opioid receptors to prevent the nerves responsible for sending pain signals from firing.

These medications have the ability to provide tremendous pain relief and provide clinicians the opportunity to perform life-saving therapies which would otherwise be impossible (e.g. surgery). However, in the treatment of chronic pain, opioids therapy by itself can become problematic for patients – the body begins to develop a tolerance to these medications, thus the dose required in order to get symptomatic relief continues to increase over time.

Additionally, the side effects of taking opioids (sedation, nausea, constipation, and potential respiratory depression and death) make physicians reluctant to continue to raise dosages for patients out of fear of causing dependence. This fear is not ill-conceived either; in 2007, the US Substance and Mental Health Services Administration declared that the dependence on and abuse of pharmaceutical medications is the fastest growing form of problematic substance use in America. 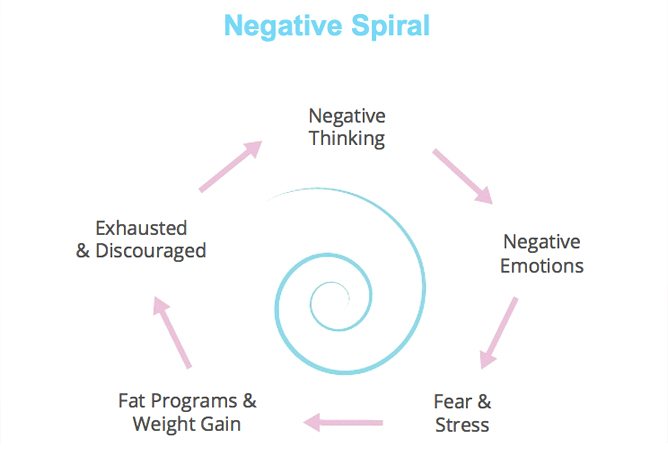 Recently, the argument has been made that the growing rate of prescription drug abuse in the first decade of the 21st century, has been the foundation for the emerging heroin epidemic which characterizes this decade. Due to the issue of tolerance and dependence on opioids, many physicians, supplement the therapy with anti-depressants, muscle relaxants, and additional interventions when treating patients with chronic pain in an attempt to provide relief.

The use of cannabis to treat chronic pain has had a long history, with written references of its use dating back to around 2700 B.C.E. The first records in the nineteenth century were recorded by the Irish doctor William B. O’Shaughnessy, who described the use of cannabis in the treatment of cholera, rabies, tetanus, menstrual cramps and delirium tremens.

In modern times, significant research has been done around cannabis therapy in the treatment of chronic pain with very promising results.

“Medical cannabis is a very effective therapy for chronic pain patients because it affects people’s perception of pain, has the ability to mitigate the inflammatory process, and has been shown to affect voltage-gated sodium channels in nerves in a way similar to lidocaine.” – Dr. Mark Rabe

“Medical cannabis is a very effective therapy for chronic pain patients because it affects people’s perception of pain, has the ability to mitigate the inflammatory process, and has been shown to affect voltage-gated sodium channels in nerves in a way similar to lidocaine,” reports Dr. Mark Rabe, Medical Director of Centric Wellness, am integrative holistic healthcare practice in San Diego CA and Chairman of the Scientific Advisory Board at Medical Marijuana Sciences, Inc.

The ability of cannabis therapy to help relieve chronic pain on multiple fronts rests squarely in the cannabinoid receptors – cannabinoid receptor type-1 (CB1) and type-2 (CB2). Studies have shown that CB1 receptors are located all over the body, however they have particularly high concentration in the central nervous system in areas that control pain perception. CB2 receptors, on the other hand, are primarily located in areas of the body that control immune function, such as the spleen, white blood cells, and tonsils.

The fact that these receptors are found in the two major body systems responsible for producing the sensation of pain, the immune system and the nervous system is what gives cannabis its therapeutic relevance in the chronic pain space. Additionally, and importantly, there are a lack of cannabinoid receptors in the brainstem region, the area of the brain responsible for controlling breathing, thus the dangerous side effect of respiratory depression found with high dose opioid use, is not a factor in cannabis therapy.

Numerous studies support these findings, including a 2011 study published in the Journal of Clinical Pharmacology and Therapeutics which showed that vaporizing cannabis increased the patient-reported analgesic effect of opioids, without altering plasma opioid levels. Moreover, there is an emerging body of research whose findings suggest cannabis can be used as an effective substitution therapy for patients with opiate abuse issues.

Overall, we are just at the beginning of our understanding of the possible therapeutic benefits associated with cannabis in the treatment of chronic pain. In addition to the wide range of possibilities in targeting CB1 and CB2 receptors, scientists are beginning to look at targets within the body’s endocannabinoid metabolic life cycle for potential opportunities for therapeutic intervention. Given the growing need for clinicians to transition away from an opiate dependent treatment protocol for chronic pain, hopefully these breakthroughs happen sooner rather than later. Naturally, the relaxation of government prohibition would go a long way towards supporting these efforts.